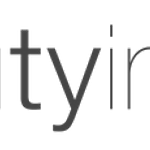 “I think it comes from being completely disorganized by default,” he continues. “One day, I threw away 80 percent of what I owned and found that only dealing with 20 percent of my life was very easy to organize. It worked so well that I continued the philosophy into shooting, Photoshop and just about everything else.”

Maybe it was the magic of the studio environment that captured Jones’ interest. Or perhaps witnessing the excitement of a career in the visual arts firsthand finally awakened a deep inner calling. Or maybe it just seemed like another way for the kid to avoid hard work.
Adds Jones, “The photographer had his feet on his desk, and he leaned back on his chair and offered me a cigarette. At this point, for the first time in my life, I thought, I can do this!”

Although he may have stumbled into the profession, Jones’ success has been no accident. He spent a few months working with that photographer, took a short course in college, and ultimately moved to London where he assisted two prominent commercial photographers, Trevor Leighton and Nick Powell, Jones has been working hard at finding his way in this profession ever since, and a portfolio brimming with beautiful images proves that somewhere along the line he stopped slacking off and set his mind to work. Jones attributes much of his success to a mindset he picked up in those early days as an assistant.

“They taught me all I needed to know to get started in about a week,” he says of his first employers. “They had an amazing ability to cut through the bullshit and concentrate on the simple techniques needed to be a professional photographer. So armed with one Elinchrom and a Nikon 35mm, I started shooting portraits for magazines in London.

“I spent the first 10 years [of my career] as a portrait photographer for magazines, lured by celebrity and the high life,” he explains. “But I really became disillusioned. The reality was mostly business portraits in some industrial estate, photographing someone who really didn’t want to be photographed in ugly offices and usually with an art director over my shoulder telling me what ƒ-number to use! I don’t know how I lasted so long at it before deciding around ten years ago that I had to completely change the way I work.”

That change took Jones from a regular assignment photographer to a beauty photographer, generating his own jobs. He now could handle everything from concept to execution, post-production to sales. He was able to photograph the subjects that interested him, in the style in which he wanted to work, and distribute the photographs through his online library of images, BeautyImages.com, “I remortgaged the house, took on a full-time assistant and started my own library,” says Jones. “Now I have complete control over what I shoot, when I shoot and how I shoot, only working on a handful of commercial jobs when an interesting project comes up. It enables me the freedom that I always needed within photography, and I find it very easy to motivate myself because of this freedom. I think of it as just shooting personal work and letting the worldwide agents do the selling. I don’t feel forced to take on every job just for the money.”

This self-directed method has allowed Jones to master his singular personal style. He has excelled specifically because he’s shooting what interests him, what he loves. His business is ultimately more prosperous and he’s finding creative fulfilment in his work—an enviable position for any photographer.
“I think shooting mostly ugly subjects in ugly locations with bad art directors was enough to kill anyone’s creativity,” Jones recalls of his early years. “So when confronted by beautiful models in beautiful locations with complete creative control, everything fell into place. Since the moment I changed direction, it all developed very naturally and grew organically into the place I wanted to my career to be".

Although he’s constantly striving for simplicity, Jones always had an interest in technology.Of growing up in the ’70s, Jones says, “What I do remember is watching a children’s program (Tomorrows World) in my early teens that showed how in the future you could remove a person from a picture and the computer would fill in the background, (basically, the Photoshop clone tool). This, to me, was mesmerizing and really stuck in my mind for a long time. So in 1992, when a friend showed me something called Photoshop running on an early Mac, I literally fell over with excitement. The future had arrived!”
<blockquote><strong>"I literally fell over with excitement. The future had arrived!”</strong></blockquote>
Although the sales clerk he then visited assured him that the Apple Duo PowerBook with 4 MB of RAM and a 160 MB hard drive was “the only computer he would ever need” for photography, Jones is much happier with his current system. “It really did change my photographic life,” Jones says of that first computer. “And it was so helpful to learn the basic Finder operations for many years before doing any real photo work. I feel that the biggest mistake photographers make is to jump straight into Photoshop without learning the basics. No one seems to teach the massive organizational skills needed to be a digital photographer, and they then end up with hundreds of versions of images all over the place.”

Jones takes his digital organisation quite seriously, but like everything else, he keeps it as streamlined as possible. He retains only one version of the original image and one version of the final TIFF file. They’re labelled with a precise code to allow. him to quickly access the images he needs with nothing more than a hard drive search.
“All those other versions in between, with layers and different options and colours and throw those away at the end of the job,” says Jones. “I know too many photographers with hundreds of HDs to know that this becomes very confusing. As for the software, I only use the Apple Finder to organise things, it keeps things very simple.

Although Jones makes digital imaging sound easy, the results he and his retoucher achieve are anything but amateur. Not surprisingly for Jones, though, they’re done simply with a few basic tools and, as in the chemical darkroom, a lot of skill. “I feel totally confident with all aspects of digital photography,” he says. “But I think it’s very important not to get caught up in the technical side too much. I only know 10 per cent of Photoshop and so does my retoucher! I never calibrate monitors and I constantly try and cut it down to the basics. It’s too easy to get caught up in a very technical image when really you should let it flow organically. I think that the greatest compliment is when someone asks whether an image has been retouched when I know that every pixel of every image I do has been worked on!”

Collaboration is obviously integral to Jones’ work—both with his creative team and with the women he photographs. Ultimately, though, it’s his desire for simplicity and spontaneity that allows his photographs to stand out in a crowded visual marketplace.
“It’s so important when working with models to let them be themselves, to let them guide you to a good place,” says Jones. “Everything happens spontaneously, from shooting to retouching. I try not to force anything.”